Dr. Ed Haeussner earned a DVM degree from the University of Florida in 1998. After graduation, he furthered his education by completing a rigorous one-year internship in emergency medicine and advanced specialty care at Florida Veterinary Specialists. He has practiced in the Tampa Bay area ever since.

Dr. Haeussner and his wife are both native Floridians with numerous extended family members in the area. They live in Palm Harbor with their two daughters, a dog named Rosie, two cats named Jitterbugs and Ella, a Guinea pigs named Harry, a hamster named Lily, and a box Turtle named JoJo. In his almost non-existent free time, Dr. Haeussner enjoys spending time with his wife and children, exercising, researching family history, and watching the Florida Gators. 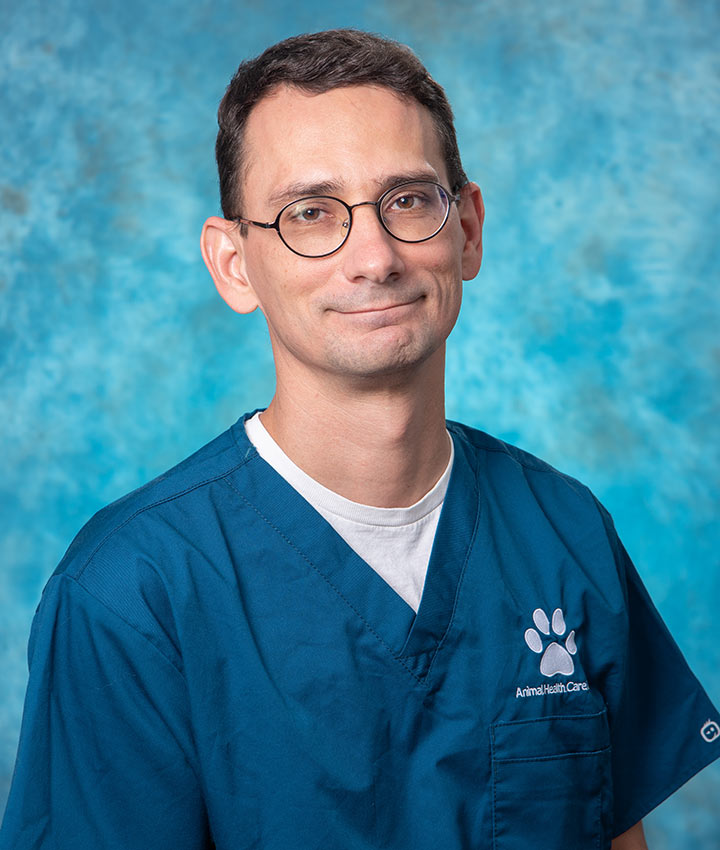